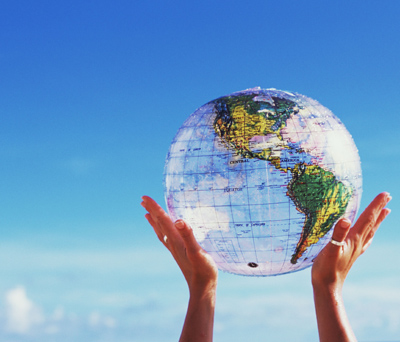 Just as fashion, makeup and other trends are different around the world, plastic surgery also varies from one country to another. This difference really stems from the fact that beauty, or what is considered beautiful, varies greatly from one culture to the next. Men and women around the world turn to plastic surgery in unique ways to empower them and highlight the beautiful qualities of their ethnicity.

Let’s take a look at some of the most interesting plastic surgery procedures around the world:

Eyelid Surgery in South Korea: In South Korea it is common place to attach your picture to your job application or school application. Doing this puts even more pressure on physical appearance. In South Korea plastic blepharoplasty is performed on many young men and women to achieve the “open eyed” look they are longing for. The surgery focuses on making the eyes larger and slightly “western” looking.

Penis Enlargements in Greece: Yes, it’s true. Although a rather expensive procedure, it’s possible for a male to increase his “girth” size. Greece has recently become the leader in terms of the total number of penis enlargements performed. Penis enlargements are performed over 10 times more in Greece than other countries.

Men Around the World are Getting Chiseled Chins: An new procedure that men in different countries are going for is neck liposuction. Across cultures, a strong jawline is considered attractive and now plastic surgeons can make that feature possible for those with less than jaw lines. Some men are even getting chin implants to achieve the strong jawline they desire.

Labia Surgery in Germany: In Germany women are opting for labia surgery. This procedure, which is also referred to as labiaplasty, reduces extra folds on the labia and reshapes the structure of the labia to make it more “visually pleasing”. The surgery only takes about 2 hours and is available in many countries around the world.

Lipo-Filling in France: Women in France now are having fat taken from their thighs and tummies and using that as a way of plumping up their breasts during breast augmentation surgeries. This is a double whammy, less fat where you don’t want it, and larger breasts.

Silicone Buttox Implants in Venezuela: Women in Venezuela have gone nuts for curvy bottoms. There have been a record number of butt implants performed in this country. Women need to be sure to go to a reputable plastic surgeon for this procedure.

Eyebrow Transplants in the US: This trend can be directly linked to the fashion runways. As thick eyebrows have become all the rave on the runways, plastic surgeons have recently developed an eyebrow transplant procedure to give those with “less than” eyebrows the full look they are longing for.

As beauty evolves around the world so will plastic surgery procedures. You can count on trends to change and develop depending on what is considered popular and desired in every culture around the world. It’s usually surprising to see what lengths other cultures will go to when it comes to attaining beauty as defined by their own standards.